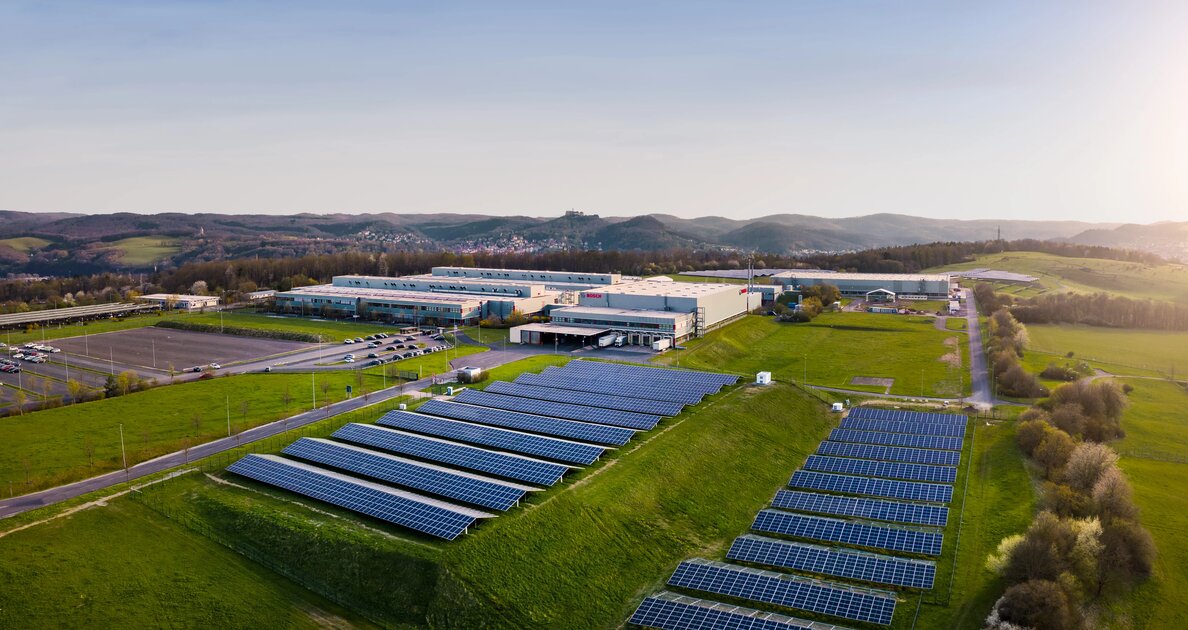 The hydrogen generation technology will go into production in 2025.

Bosch is accelerating its green hydrogen production activity:
For the sake of the climate, it plans not only to use the new fuel, but also to be one of the companies involved in its production. This is why the company develops components for electrolyzers. Thanks to them, during the process of electrolysis, water is separated into hydrogen and oxygen. If the energy for this reaction comes from renewable sources, in the process we get what is called green hydrogen. “We cannot afford to delay climate action any longer, so our goal is to use Bosch technology to support the rapid expansion of hydrogen production in Europe,” said Dr Stefan Hartung, CEO of Robert Bosch GmbH, during the presentation of the company’s annual results. . “To this end, we will use our know-how in the field of fuel cell technology”, added Dr. Markus Heyn, member of the Board of Management of Bosch and responsible for the Mobility Solutions sector, who will be responsible for the battery manufacturing.

Bosch will invest up to 500 million euros in the development of electrolyser components by the end of this decade. Due to the need to diversify energy sources, move away from fossil fuels and reduce CO2, the demand for green hydrogen is growing rapidly – not only in industry but also in the real estate sector. According to the EU, demand is expected to reach around 10 million metric tons per year by 2030. Bosch expects the global market for electrolyser components to reach around 14 billion euros during the same period, Europe recording the fastest rate of growth. Bosch intends to invest around three billion euros over the next three years in climate-neutral technologies such as electrification and hydrogen.

As in a fuel cell, the key element of an electrolyser is a stack made up of several hundred individual cells connected in series. In each of these cells, electricity is used to break down water into hydrogen and oxygen. This is the reverse of what happens in a fuel cell, where electricity is produced by combining hydrogen and oxygen. In both cases, the chemical reaction is facilitated by a proton exchange membrane (PEM). Bosch is working with a number of partners to develop a way to combine the electrolyser stack with a control unit, power electronics and various sensors to create a “smart module”. The company plans to supply these smart modules to smelter manufacturers and industrial service providers from 2025, with pilot projects starting as early as next year.

Bosch will market several compact modules that will make you
easy to integrate. They can be used in smaller units up to 10 megawatts, as well as onshore and offshore power plants with a capacity of gigawatts. The Bosch modules will be used in new projects as well as in existing plants producing green hydrogen. To maximize hydrogen production efficiency and extend battery life, smart modules need to be connected to the Bosch cloud. The use of the electrolysers’ modular structure aims to make maintenance more flexible: any planned work will require the shutdown of only certain sections of the plant, and not the entire installation. Bosch is also working on service concepts that will include component recycling to support the circular economy.

Unlike many chlorinator components currently on the market, the Bosch smart modules will be mass-produced. Therefore, production will benefit from economies of scale. “There are two key factors that play a role in increasing hydrogen production: speed and cost,” Heyn said. “This is where we can leverage our strengths, our mass production experience and our automotive know-how.” Bosch plans to start mass production of modules at several European locations as soon as possible. These include Bamberg and Feuerbach (Germany), Tilburg (Netherlands), Linz (Austria) and Ceske Budejovice (Czech Republic).

The ongoing transformation of the automotive sector is a huge challenge for the entire industry, and Bosch is responding to it with innovation. The company is taking advantage of the opportunity to further protect jobs by including non-automotive activities in the mobility solutions sector. In the coming years, the expansion of operations to include electrolyser components will provide jobs for hundreds of employees. “We do three things at once,” Heyn said. “We make an important contribution to ecology, economy and society.”

Bosch is working on mobile and stationary fuel cells

Bosch firmly believes in hydrogen as the fuel of the future and is also working on stationary and mobile fuel cells. One of the intended applications of the former is for small local power plants supplying cities, data centers, shopping malls, business parks and electric vehicle charging stations. Bosch plans to use mobile fuel cells to facilitate the climate-neutral transport of goods and goods, primarily in the field of truck transport. The vehicle-related product portfolio in this area ranges from simple sensors to essential components such as an electric air compressor, batteries and complete fuel cell modules. Production is expected to start this year.