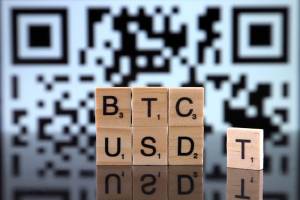 Grayscale Bitcoin Trust (GBTC) is a Bitcoin (BTC) priced investment product that gives stock traders exposure to the cryptocurrency market. Currently, it is at a record discount to the underlying, which exceeded 20% in May! As a result, according to analyst and trader Alexander Poulos, GBTC may be a better investment option than Bitcoin itself, allowing you to enter the market at lower levels.

The Collapse of TerraUSD (UST) and Its Impact on Bitcoin

There is never a dull moment in the cryptocurrency world, and the events of the past few months underscore just how volatile this industry is. Before we get into the bullish stance on the Grayscale Bitcoin Trust, let’s review some of the most important developments in the market.

The biggest surprise of the past month was the spectacular collapse of the Terra stablecoin project, the TerraUSD (UST). Terra is a programmable blockchain-based e-commerce platform that offers stable fiat-denominated coins for greater stability when making cross-border payments.

Terra is backed by its utility and staking token, LUNA, as well as several other stablecoins that are tied to many of the world’s largest fiat currencies, including TerraUSD (UST). By leveraging stablecoins, the Terra cryptocurrency ecosystem offers (or has offered) low fees, instant settlements, and hassle-free cross-border exchanges to power retail transactions.

The description seems innovative, but it has been heavily revised in recent weeks. TerraUSD was an underfunded “stablecoin” whose developers believed that by issuing and burning their LUNA staking coin, they would be able to stay rigid against the dollar. In fact, the project failed miserably and LUNA fell into a downward spiral that cost $40 billion. capital of investors.

The shockwave of the network collapse has set off a chain reaction in the cryptocurrency ecosystem in which no project has been spared from a mass sell-off. In the case of Bitcoin (BTC), the LUNA foundation liquidated its 80,000 BTC resources. coins, which further accelerated the market capitulation. BTC approached the level of 25 thousand. before entering the consolidation zone 28-31 thousand

The collapse of LUNA UST should be seen as a clean-up event as the speculative cryptocurrency surplus was depleted and many people were badly burned as a result of the fall. The momentum-chasing hot money has been defeated, leaving investors wondering what to do next?

Since the beginning of his cryptocurrency journey, Alexander Poulos believes that it is simply a journey where most of the profits can be made in the last few years, usually towards the end of the decade. The current environment is reminiscent of a post sell-off period, a flat sideways trend as the huge oversupply had to be countered.

There is an ever-growing specter of cryptocurrency legislation

A meltdown of this magnitude, especially in light of the nature of the project, a supposedly stable money market alternative with a high rate of return, likely attracted many investors who don’t typically venture into the crypto corner. currencies of the investment world.

No doubt many have wondered what about the regulations? Congress will take advantage of this moment to pass additional regulations, as evidenced by the cryptocurrency law prepared by Senator Loomis. This project has been prepared for many months and is not a reaction to recent events, which guarantees that there is “real meat” in it.

Senator Gillibrand of New York co-authored the bill, adding to its bipartisan character. Investors would like the project to contain strict regulations regarding new projects. If the regulatory apparatus is split between the CFTC and the SEC, it could reduce the Wild West atmosphere and build the reputation of the industry.

If the SEC receives new regulatory powers, many ongoing projects, especially those in which founders issue pre-mined coins or penny tokens, will be classified as securities.

So why GBTC and not Bitcoin itself?

The upcoming legislation is a key event for the industry, a key catalyst that will pave the way for the debut of the Bitcoin Spot ETF on Wall Street. An ETF is a key measure to pave the way for widespread adoption of digital assets.

Grayscale, through its GBTC product, owns over 630,000 coins, or more than 3 percent. total market supply. This product has a proven track record, excellent storage solutions, and a long history of public listing. The challenge with this product is not being able to trade on net asset value. The discount to GBTC’s net asset value is currently around 20%, which is attractive for new investors but a concern for many long-term holders.

This dynamic is one of the reasons Grayscale is pressing the Securities and Exchange Commission (SEC) to approve its application to convert GBTC to an ETF with physical hedging. Since a trust fund does not allow the redemption of shares like ETFs, GBTC shares cannot be created and destroyed to keep up with changing demand. Thus, the GBTC has become a closed-end fund, which is also subject to disruption.

The interest shown in this product by Alexander Poulos is due to the change in strategy compared to what he used last year. He went from buying a coin and reinvesting interest offered by various cryptocurrency exchanges to seeing GBTC as a better alternative. Part of this change in strategy is due to the drop in available interest combined with a sharp increase in the discount to the net asset value (NAV).

The author thinks that GBTC will be converted into an ETF, which will evaporate the big discount. He views the rebate as a form of “dividend” that will be taxed as capital gains and not ordinary income. It includes a four-year holding period in its calculations to allow enough time to create the regulatory framework for the creation of the Bitcoin ETF.

The rest of the article is below the video

There are several important risk factors an investor should be aware of and manage. The main ones concern the regulatory framework, which is never certain. Alexander Poulos thinks politicians have a stake in the industry, but even the best-intentioned bills are lost after they enter committee. He adds that the collapse of the UST should act as a catalyst, but there is no guarantee that it will.

Moreover, the delay or failure of the invoice will naturally delay the creation of any ETF on Bitcoin, and with it the disappearance of the NAV rebate.

The asset class itself is typically more volatile than stocks, and BTC’s recent decline from its peak in November 2021 confirms this trend. The investor will have to accept not only the risk but also the volatility. When Alexander Poulos started allocating funds directly to the crypto market in 2020, he took a ten-year perspective with projections out to 2030.