Jasień houses are located in one of the suburbs of Gdańsk. Green areas and a quiet neighborhood, and at the same time easy access to the center, are the main advantages. Jasień is most often chosen by families with children and young couples. The northern part of the district is dominated by apartment buildings, in the southern part – detached, terraced and semi-detached houses.

Jasień is a district with an area of ​​almost 11.5 km² located in the southwestern part of the city. It owes its dynamic development, among other things, to numerous development investments in recent years. Gdańsk Jasień consists of several housing estates, incl. Szadółek, Rębów and Kiełpinka.

Houses Gdańsk Jasień – what is life like in the neighborhood?

Houses in Gdańsk Jasień are mainly popular with families with children. Over 20,000 people live in the neighborhood. people, of whom more than 60 percent. are people between the ages of 18 and 59. The second largest group is children (0-17 years old). Proximity to green spaces, quick access to the center and developed commercial and service infrastructure make Jasień a good place to live. The areas are calm and secure, and the number of attractions for the youngest allows them to enjoy the outdoors.

Within minutes, residents can find themselves in the Tricity Landscape Park, Jasień Lake, or several smaller reservoirs and parks. Jasień is a neighborhood that facilitates rest and relaxation in the fresh air. Walking and biking trails attract residents from other parts of the Tri-City. In the neighborhood there are, among others mansion park at ul. Zwierzyniecka or Rębów Manor. 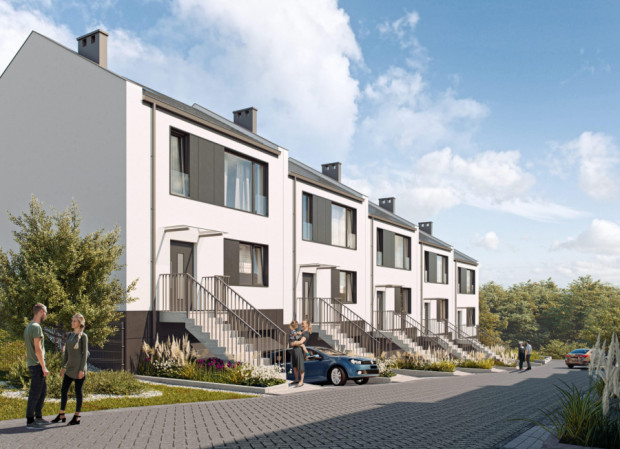 Are you considering buying a house? Gdańsk Jasień has a well-developed retail and service infrastructure. In addition to local shops, residents have large format stores at their disposal, such as Auchan, Biedronka or Stokrotka. Nearby There are also restaurants, gyms, pharmacies, doctors’ surgeries and hairdressers in the neighborhood. There are also nurseries, kindergartens and primary schools in Jasień.

Houses for sale in Jasień are also popular due to the quick access to the city center. By car you will reach Śródmieście in about 20 minutes. Buses run around the area – the most important lines are 115, 155, 164, 174 and N4. Residents can also use the PKM Jasień station, which makes it easy to get to Wrzeszcz, the airport or Kartuzy. The Tricity ring road is nearby.

Gdańsk Jasień houses dominate in the southern part of the district, away from the center. Residents appreciate the quiet, rural environment and the individual buildings. Houses for sale in Jasień usually measure between 130 and more than 200 m². Many buildings were built in the 1990s and after 2000, but among the offers you will also find facilities commissioned in recent years.

Spacious rooms, a private garden and a garage are assets that attract new buyers. Large plots allow any development of space. Many houses for sale in Gdańsk Jasień are ready to move in immediately.

Prices for houses for sale in Gdańsk Jasień on the secondary market average between 4 and 12 thousand. m². 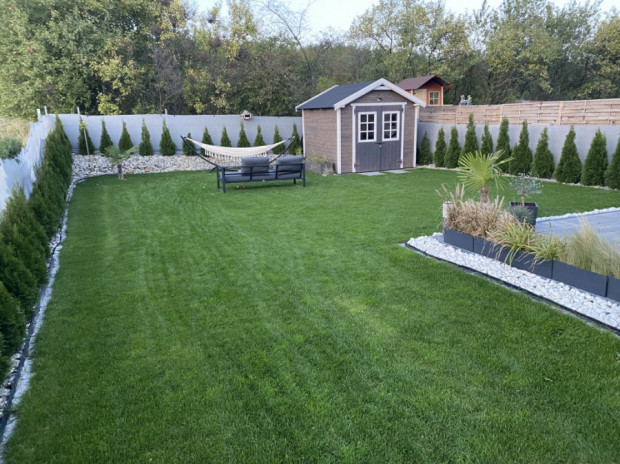 Primary market Jasień houses are mostly semi-detached and semi-detached. Investments are being built in the northern part of the district at al. Paweł Adamowicz, Stolem or Kraśniec. The new construction combines classic design and functionality.

Developers focus on projects that allow optimal use of space. The terraced houses consist of the ground floor, the first floor and the attic. Many investments also have their own gardens and garages. The advantage of houses in Jasień from the primary market is the proximity to the center and developed infrastructure. Educational institutions are being built nearby – nurseries and kindergartens, as well as retail and service outlets.

Prices for houses for sale in Gdańsk Jasień in the primary market average between 7 and 12 thousand. m2.