Bitcoin peaked in mid-April this year. Even $64,000 was paid for a “part”. In the following months, the price swing, typical of cryptocurrencies, caused Bitcoin to cost less than $30,000 in mid-July, but already in early September it soared to the level of 52,000. today’s rate is around $48,000.

The group of specialists who warn against investing in bitcoins is very large. He was joined by the leaders of some central banks. Despite this, predictions are constantly made that the most popular cryptocurrency in the world will reach a price of several hundred thousand dollars.

Stefan Ingves, the chairman of Riskbank, Sweden’s central bank, believes that people who get rich from cryptocurrencies have a lot in common with people who sell postage stamps. According to him, private money like bitcoin and other cryptocurrencies will collapse sooner or later because they don’t have government support. However, he added that regulatory oversight of cryptocurrencies is likely to increase as the popularity of these assets grows.
Bank of Mexico Governor Alejandro Diaz de Leon recently declared bitcoin to be a barter tool rather than legal tender and called it a “bad store of value” due to “wild price swings”. “. “Anyone who receives bitcoin in exchange for a good or service is involved in a form of barter because they are exchanging a commodity for a commodity, not money for a commodity,” notes Alejandro Diaz de Leon. He adds that people will not want their purchasing power to increase or decrease by 10%. day by day.

Gabriel Makhlouf, governor of the Irish central bank, is of a similar opinion. He believes that personal funds should not be held in cryptocurrencies. He equates supporters of virtual assets with people who “invested their money in tulips a few hundred years ago because they thought it was an investment.”
In the 17th century, the prices of tulip bulbs increased significantly in the Netherlands. The wealthier middle class and the aristocracy began to compete for possession of the rarest varieties of these flowers. They have become a symbol of luxury and social status.

During the period of “tulipomania”, a huge demand developed for certain species of flowers, which led to a sharp increase in prices. In 1623, one onion was worth a thousand florins, in 1635 – 6 thousand, and in 1637 – -10 thousand florins. When a tulip bulb of the viceroy variety cost 2400 guilders, at the same time 4 tons of wheat cost 448 guilders, 8 fat pigs 240 guilders, and a silver cup – 60 guilders.

In 1637, the speculative bubble burst, driving many people into bankruptcy. The collapse of the market was caused by excessively high prices, for which there were no candidates. The second major contributing factor to the crash was contractors’ failure to meet their obligations under contracts that guaranteed the purchase of light bulbs at certain prices in the future.

Some warn of the cryptocurrency buying frenzy, while others come with wildly optimistic predictions. A veteran of the Tone Vays market, he says there will be a lot of money to be made on bitcoin in the near future. According to him, the rate of the cryptocurrency is likely to drop in the short term and will give investors a chance to buy a “coin” for around $40,000.

Tone Vays predicts that Bitcoin will cost $65,000 in November, and is then expected to surge to $100,000 later this year. The latest price trend recalls the events of July when bitcoin fell to a yearly low below $29,000 before aggressively climbing to $52,000 in less than six weeks, the investor concludes.

Another big optimist is Cathie Wood, founder and CEO of Ark Investment Management, which manages assets worth more than $50 billion. He expects the bitcoin price to reach $500,000 in the next five years. – If companies continue to diversify their liquidity with the use of botcoin, and institutional investors start spending 5%. of his funds for cryptocurrencies, the price will be ten times higher than it is now, Wood said. Ark Investment Management chief Wood revealed that his confidence in another cryptocurrency has also increased significantly – Ether. The reason is technical – the Ethereum network blockchain is starting to transition from proof-of-work to proof-of-stake.

Wood, when asked about her investment, if she had to choose between cryptocurrencies, said she would spend 60%. on bitcoin and 40 percent. on ether.

The fact that bitcoin is now in the bull market can be proven by the data prepared by the analytics company Glassnode. They show that many “coins” changed hands during the May correction, but long-term cryptocurrency holders were largely unchanged over the past five months and had no fear of volatility.

These trends were confirmed by the situation that accompanied the fall in prices on September 7th. Investors who bought bitcoins at this time between the price of $45.8-52.6 thousand still keep their “coins”, although they have an unrealized loss on their side.

The calculations presented by cryptocurrency analyst Willa Clemente are also interesting. He noticed that up to 93 percent. Bitcoin supply hasn’t changed hands for at least a month. “This is an all-time high and another indicator of bullish supply momentum,” Clemente points out.

Legendary American basketball player Shaquille O’Neal, retired since 2011, certainly does not belong to cryptocurrency enthusiasts. The wealth he amassed is said to be over $400 million. Although O’Neal is not shy about investing, he is still wary of cryptocurrencies.

– Whenever someone tells me one of those great stories about winning big on cryptocurrencies, I keep my peace and distance. In my experience, it’s too good to be true, O’Neal said.

He added that crypto companies often turn to him with an offer of potential partnerships and promotions: ‘I get messages like: hey, we’ll give you $900,000 in cryptocurrencies for sending a tweet. So I answer: if you are going to give me a million dollar crypto, why do you need me? – said the basketball player.

This year’s cryptocurrency boom has encouraged many people to take up mining, i.e. mining “coins”. In many cases, these people do not have access to renewable energy sources and the equipment they use is energy efficient, which increases the carbon footprint of the bitcoin network. This network consumed 67 TWh of electricity last year According to a report published by Bloomberg, maintaining the bitcoin network throughout 2021 could consume up to 91 TWh of energy. That’s as much as Pakistan, the fifth most populous country in the world, consumes for a year. 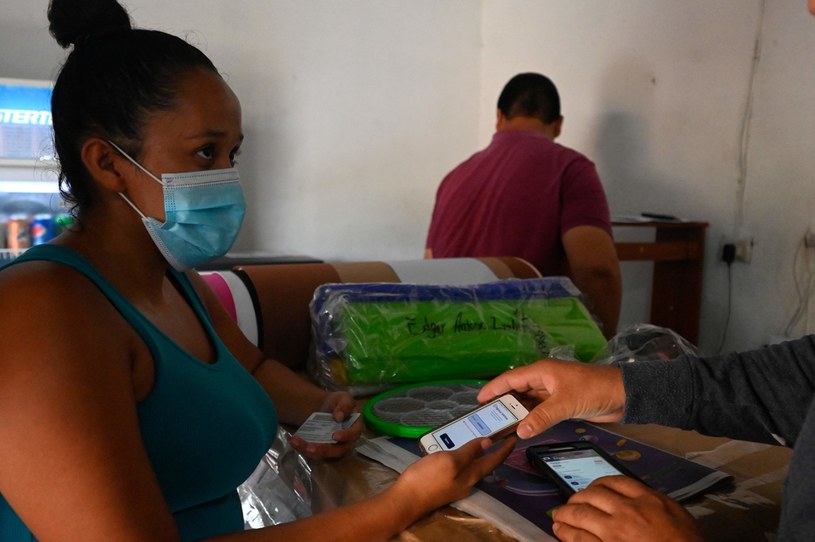