Six years after Pokémon Go popularized augmented reality with the use of GPS in smartphones, we are on the eve of a new trend. Move-to-Earn (M2E) games combine the concept of mobile augmented reality with the classic play-to-earn model. On top of that, however, there is another layer that makes them unique – cryptocurrencies and NFT. In today’s article we will discuss this new trend and some examples of applications: Genopets, STEPN and WIRTUAL.

Psychologists have long discovered that activity gamification is a great way to entice and motivate people to complete tasks. Take a look at the fitness app Fitbitwhich since its launch in 2009 has gathered more than 31 million users. And that’s only in people who use it once a week. This is strong enough evidence for the validity of this concept. Another testimony is Axie Infinity.

Classic online games can have their own internal economy. For instance Fortnite has V-Bucks and Roblox has Robux. However, these are not real tokens. They are tied to the player’s account, so they cannot be withdrawn and sold on the open market.

Axie Infinity has proven that virtual game assets can be tokenized and therefore tradable. This is made possible by blockchain technology in conjunction with smart contracts.

The ability to trade in-game assets on the open market, NFT like Axies and plotted after the AXS tokenhas allowed many people to make a living from gaming. Previously, this opportunity was only for the few who were good enough to compete in esports competitions or gain enough fans on streaming platforms.

Axie Infinity laid the foundation for a true play-to-earn model. Since then, many similar models have appeared on the market. Some of them have not yet released their highly anticipated games, such as Otherside or Illuvium by Yuga Labs (known from Bored Ape Yacht Club). However, both projects already have their tokens in circulation, ApeCoin (APE) and Illuvium (ILV). Building on this dynamic, Move-to-Earn (M2E) is a natural blend of fitness app and token-based gaming.

Some have already started calling the new category of games Move-to-Earn as FitnessFiwhere “Fi” stands for finance. After all, tokens allow the game’s internal economy to spread outwards. Similarly, GameFi stands for blockchain games and DeFi is the collective term for decentralized finance based on smart contracts.

Just as P2E games reward users for playing them, so do M2E games. reward them for their physical activity. This is possible through the use of GPS, accelerometer, magnetometer, proximity sensor and gyroscope in the smartphone.

Taken together, they provide a solid foundation for smart fitness trackers. The M2E game software uses this hardware to create a comprehensive money-making tool. The first such project is Genopets, operating on the Solana blockchain. 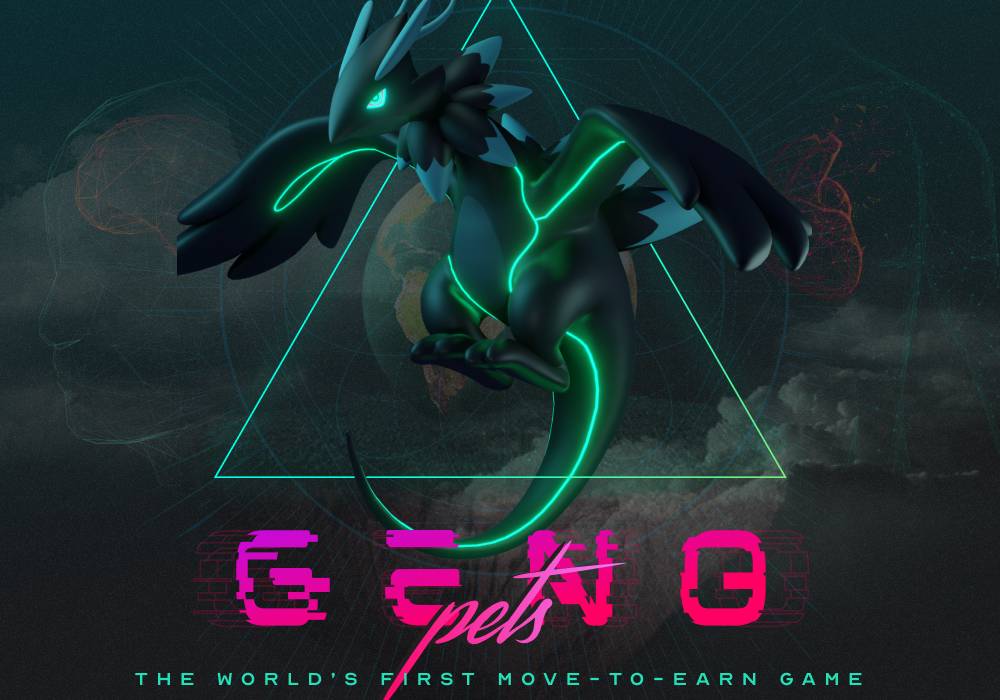 Last October, Genopets brought together $8.3 million in the seed funding round, primarily with venture capitalists. The CEO of the project, Albert Chen, clearly explained the benefits that users can expect:

Passive income for individuals as an incentive to stay physically active.

The Genopets M2E journey begins with obtaining the playable NFTs. They are Genopets creatures similar to the Axies in Axie Infinity. However, unlike Axie, which requires the user to purchase three NFTs to start the game, Genopets offers a free KO.

There are currently 3,333 Genopets Genesis available with a reserve price of 47.5 SOL (~$2,500). Just as Axie owns AXS, Genopets also uses its own native token – GENE. Where does the fitness aspect come into play then?

Genopet serves as a digital fitness avatar. With the increase in daily activity, the virtual creature also grows. It manifests in its appearance and attributes. Then you can guide your evolving Genopette through adventures in Genoverse. Genopets are a sort of bridge between the user’s physical attributes and the virtual world. 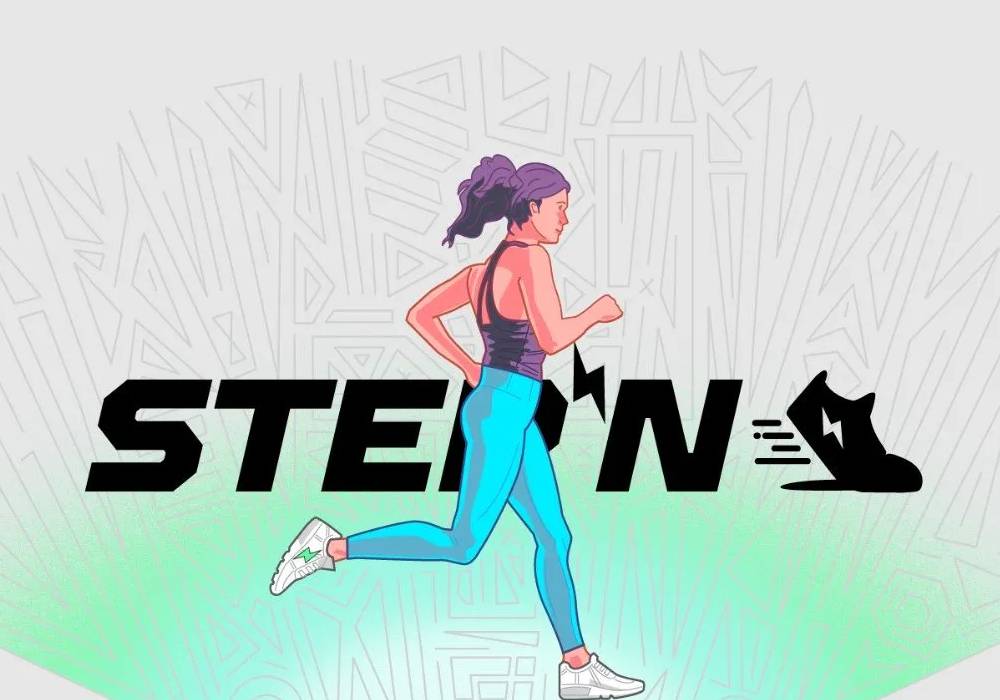 STEPN is another Move-to-Earn project. This also works on Solana, but uses NFT sneakers to track player movement, not fantasy creatures. For example, a set of shoes in the tweet below sold for 2,100 SOL (~$11,000) and the proceeds from that transaction were donated to charity.

In collaboration with the @Stepnofficial team, Sneaker #9999 NFT is up for auction at https://t.co/fCVvH9zy7U and #FTXApp 100% of profits being donated to charity through the FTX Foundation! 👞

Unlike a Genopets token, STEPN has two:

Although STEPN is still in beta, its Twitter has over half a million followers. In the latest stage of development, STEPN will release a multi-chain wallet. This means that tokens or cryptocurrencies (SOL, ETH) earned through the sale of NFTs can be deposited or withdrawn directly. This would not be possible with traditional game tokens which are tied to the account and therefore worthless.

Is STEPN a pyramid?

Recently, the question came up frequently on Twitter and reddit if STEPN is a pyramid. After all, everything seems too good to be true. So let’s try to answer this question based on a reddit post by mariohpc.

STEPN works thanks to the GST (and finally GMT) value. As with any cryptocurrency, the value of GST depends on pressure from buyers. In turn, the buying pressure depends on the interest of new and existing users to improve their shoes in order to earn more money in the future.

This therefore indicates that the price of the GST will hold as long as people continue to invest. If people didn’t try to increase their income, no one could make a dollar.

The paradox is that by burning/buying GST, you increase your future income. This generates a positive uptrend, slightly influenced by the price of BTC and the promotions prepared by the team.

Everyone works hard to recover their investments, but you have to realize that the latter “holds the bag”. The GST is fueled by greed and optimism. However, when more than 50% of STEPN users reach their best shoe level with the maximum energy available, the price of GST will start to drop.

Team members say sustainability comes from the constant burning of GST. Looking at how the STEPN is constructed, it would be better to say that it is simply a “slump delay”, or maybe a Ponzi scheme. 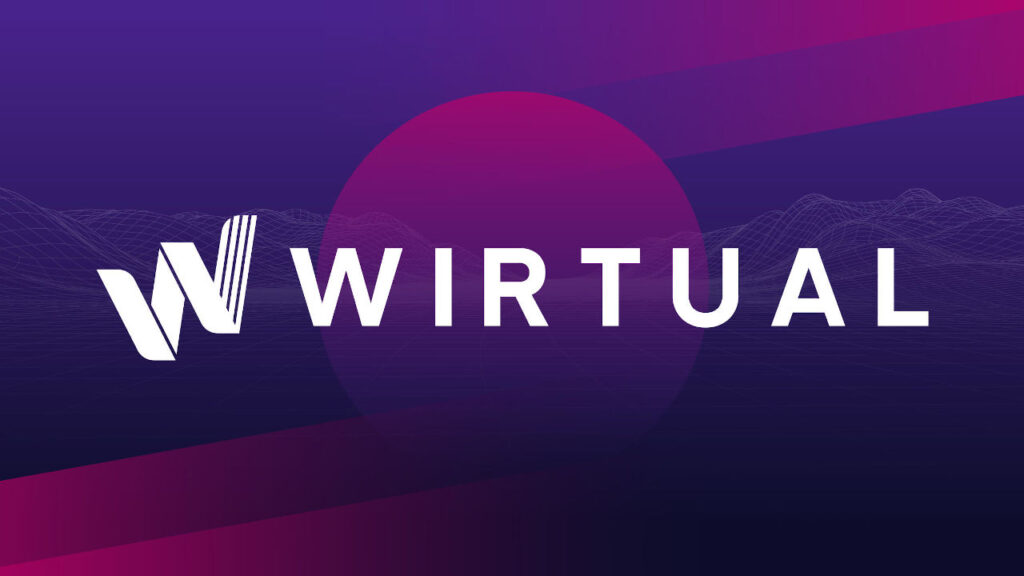 The latest company is WIRTUAL, whose motto is: “turn your healthy habits into cryptocurrency”. The WIRTUAL app not only works with smartphones, but also with smartwatches such as Fitbit, Garmin or Strava. The gamification aspect revolves around an NFT character that can be customized to suit your needs. However, you must first unlock rewards through physical activity.

Interestingly, WIRTUAL covers a whole range of physical exercises, from walking and cycling to swimming and dancing. After unlocking the rewards, M2E players receive a unique NFT character that can be put up for sale. Additionally, WIRTUAL has native WIRTUAL tokens, which players earn based on their activity level.

If you already jog or do other sports, you might as well try out the next M2E games. After all, it doesn’t require any extra effort beyond installing the app and occasionally tracking progress. Therefore, if you still play sports, it gives you the opportunity to earn passive money. However, if you haven’t already, maybe Move-to-Earn will motivate you to get off the couch! 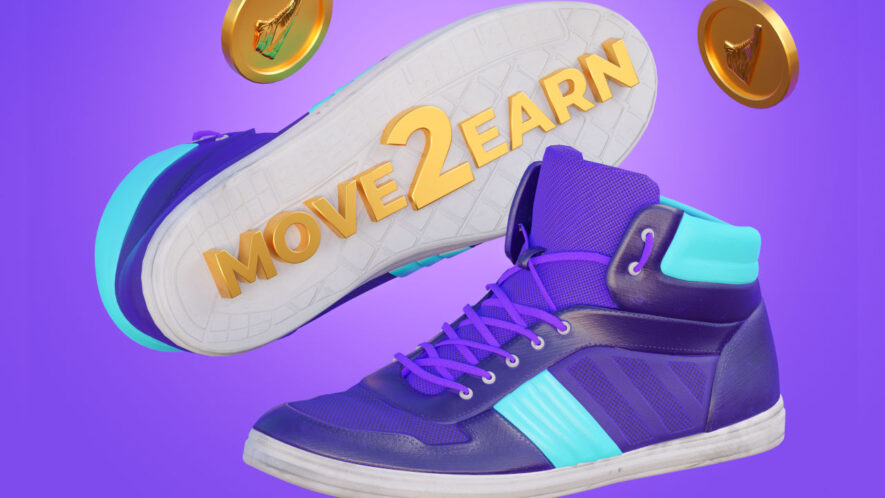