DRAGO entertainment is gearing up for two premieres this year – Food Truck Simulator and Winter Survival Simulator. The Krakow company, after the success of the service station simulator, also intends to develop the Gas Station universe. We speak with Joanna Tynor, president of DRAGO entertainment, about current production plans.

Joanna Tynor: You just signed a contract with Epic Games. What exactly does it imply, what benefits do you expect from it?

The agreement reached with our new partner, the American company Epic Games, will allow us to distribute our games on another popular platform – Epic Games Store. We hope this will significantly speed up the process of monetizing DRAGO entertainment projects and therefore the company’s future financial results.

In addition, thanks to Epic Games, one can count on a much lower margin, which translates to 88% of revenue from sales to developers, and if the developer creates a game using the Unreal Engine and publishes it on the Epic Game Store, he can deduct 5% that he spends on a license to use the engine.

So when can we expect Gas Station Simulator to premiere on the Epic Store?

The agreement gives us the opportunity to accelerate the availability of Gas Station Simulator for Epic Games Store users. We will inform you of the start date of distribution on this platform in a separate announcement.

Still with Gas Station Simulator, how would you rate the reception of the first paid DLC? Can we provide sales data?

The reception of Can Touch This (the first DLC) has been very good. Players liked it a lot, it got very positive feedback, and above all: it showed us that a DLC doesn’t always have to be very big to attract players’ attention and sell well. The add-on is also important to increase the sale of the base version of the game. We will continue to release free and paid add-ons. They will be as small as Can Touch This and as big as the previously announced Shady Deals.

As for the sales data – less than a month after the release, the premiere took place on May 18, we have already exceeded 30,000. copies. It should be noted that Can Touch This is intended only for a portion of the Gas Station Simulator community – those interested in station organization and customization. In our opinion, the success of Gas Station Simulator relies on several groups of recipients, so the next additions will meet the needs of each of these groups.

As in the case of House Flipper, have you noticed an increase in sales of the basic version?

Sure. Since the release date of the DLC, the daily sale of the basic version has increased at least twice, often, especially on weekends, up to three times. When releasing the DLC, we did not focus on revenue from the sale of the DLC itself. From the beginning, all free updates and new additions are aimed at expanding the base game. The main objective of the company is to expand the universe both through additions and corrections to the base game, adding new activities for the player in the form of free and paid DLCs, as well as the production of new titles in the same world and in the same climate, among others. announced Road Diner Simulator and Motel Simulator. All of these activities are aimed at increasing revenue from the sale of new items, as well as the base game.

How is the port of the game going to console? Which company is responsible for this task?

Everything is going according to plan, versions for PlayStation, Xbox and Nintendo Switch are being developed simultaneously within the Movie Games group and we are confident that Gas Station Simulator will appear on consoles later this year. Given the great interest and many questions regarding GSS for consoles, we are all trying to finalize this process as soon as possible. Here, however, it’s not all up to us – certification at Sony, Microsoft and Nintendo continues.

At the same time we are making a port for MacOS, which will have its premiere soon, we will let you know the details in a separate announcement.

Drago Entertainment share price since its debut on NewConnect 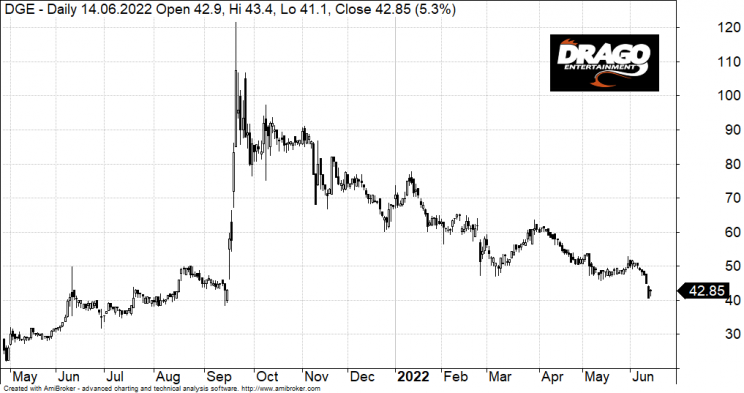 Is it possible to release another game from the Gas Station universe this year?

This year, the most important for us are the premieres already announced: Food Truck Simulator on September 14 and Winter Survival on October 27. We are also working on two other additions to Gas Station Simulator. The next game in the GSS universe is a topic for next year.

Do you already know how many productions the Gas Station universe will finally be made up of?

We have a very extensive internal roadmap, but the decisions we make and in what order we heavily depend on player expectations. A good example is Can Touch This, the first DLC for the GSS. According to the initial plans, this was to be the second or even the third DLC, but the great interest of players in customization has led to a change in the order of our work. The Steam platform, the Discord channel and social networks are a valuable source of information that deserves to be taken into account.

Since Gas Station has proven to be such a hit, are you also considering the VR port? After all, Cooking Simulator was the best VR game on Steam.

We have already taken the first steps to make Gas Station Simulator VR a reality. The game is ideal for virtual reality and we are already working on appropriate changes to some mechanics to better adapt GSS to this technology.

See also: This book is a must for any video game developer. Review of “Games on the Stock Exchange” by Paweł Sugalski

Exactly one year after the premiere of Gas Station, Food Truck Simulator will debut. The date is probably not fortuitous, how do you assess the potential of this production?

No, the release date is not coincidental. The game is very interesting, and feedback and interest in the demo version confirmed the decision to expand the game and add a strong element of open city driving. Through this aspect of the game, we also hope to attract more players. We intend to use some common elements with Gas Station Simulator in our marketing strategy, and the first anniversary of the release of GSS will help us do this. Already in the Food Truck demo, players and youtubers could find elements, soundtracks or characters from Gas Station Simulator, which gave a very interesting reception.

We can say that Winter Survival will debut a moment later. Why are you opting for Early Access in this case, and how long will it last?

Survival games have a long history of going through Early Access, and this gives us the opportunity to take a more dynamic approach to the size of this project. We have a few predictions on the duration of Early Access, but these are only internal estimates. In fact, player feedback will show us how long this period should be. Winter Survival brings many unusual solutions to the survival genre and that’s another reason why we decided to use this release formula. This will show us how well we cater to player tastes with these solutions and it will give us the opportunity to put more emphasis on some of them than we originally intended. 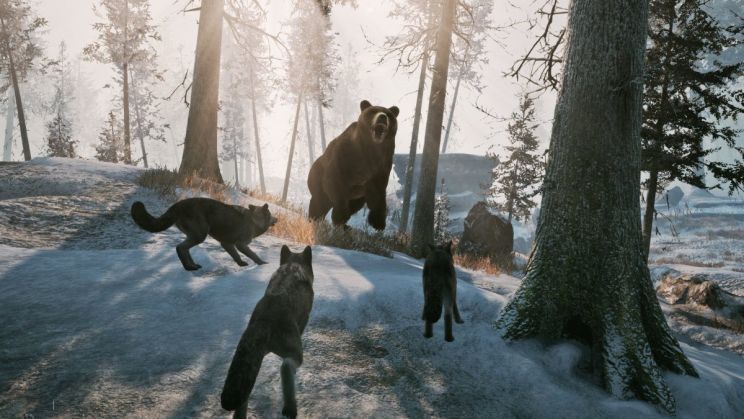 What about your mid-budget Red Frost project? We haven’t heard from him for a long time.

The scale of Gas Station Simulator’s success surprised us all. We believed in the project, but not so much. Inevitably, this forced us to change dynamically. As we focus on production quality, we cannot expand the team quickly. So we had to focus our efforts on developing the GSS universe, and yet we had a hectic production of Food Truck Simulator and Winter Survival.

What will the business pipeline look like? What projects are you still carrying out?

The Gas Station Simulator universe itself has many plans for the coming years, not only very interesting DLCs, where some of them, like Shady Deals, will expand the station in a completely different direction, but above all Gas Station Simulator related games, such as Road Diner Simulator or simulator model. Games that will not only be integrated into the GSS world, but will work with and support each other depending on how many of them the player has.

Depending on the level of success of Food Truck Simulator and Winter Survival, we also focus on the development of these games. We would also like to return to more intensive work on Airport Contraband and then Treasure Hunter 2. And of course the team is excited to fully develop Red Frost.

Also, we plan to take UE5 seriously and brand new projects will spring up here, but now it’s too early to reveal the secret.

Are their budgets similar to Gas Station Simulator?

The requirements of the players, the competition on the market and our ambitions mean that we will gradually produce games with increasingly large budgets. However, always with common sense. Taking advantage of the community we have built and are constantly growing reduces the risk associated with increasing budgets.

Which of this year’s premieres will be the most important to you?

We don’t have a favorite here, as each of them has a slightly different purpose. With Food Truck Simulator we want to expand the simulator society, and the task of Winter Survival is to attract a new group of players, so that in the future the company will have at least two development paths: simulation games and games with survival elements.

See also: Investing in game producers and the gaming industry through the eyes of a professional investor – Paweł Sugalski – Podcast 21% per year how to invest