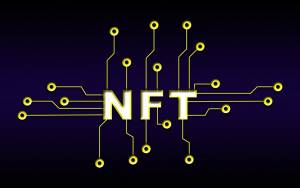 The Ukrainian authorities are continuing their efforts to protect national heritage treasures from the effects of war. Thanks to NFT technology, the most important cultural works and monuments of the country attacked by Russia will be preserved. This is another blockchain initiative that helps Ukraine survive the time of aggression.

NFT and Blockchain will help save Ukraine’s monuments

– Today we announce a new project to save the DNA of the Ukrainian nation, Ukrainian culture and Ukrainian history – said Mikhail Chobanian, president of the Blockchain Association of Ukraine and founder of the Ukrainian cryptocurrency exchange Kuna.

The Ukrainian entrepreneur spoke on June 11 during the panel discussion “Crypto at War: A Historical Collection of Cryptocurrencies for Ukraine”, where a new project to protect works of Ukrainian culture in the form of NFTs has been presented. The discussion was part of the Consensus conference in Austin, Texas, prepared by news service CoinDesk.

As Chobanian pointed out, the goal of the project is to create a digital showcase for Ukrainian culture. Everyone from anywhere will be able to admire the priceless works on one platform.

– At the moment, museums, churches and places related to culture are bombarded. Before they are destroyed (…), we intend to digitize every work of art or history that we have in museums in the form of NFT and put it on the blockchain – added Chobanian, who also handles donations to the Cryptocurrency Fund for Ukraine.

Additionally, Chobainan hopes the historical symbolization of Ukrainian artifacts will reveal “what is stored where” and prevent the items from being stolen by Russian collaborators.

– NFTs are based on a blockchain architecture, which guarantees immutability, and therefore data security. Thanks to this, it will be possible to create a virtual directory that no one can manipulate. It is indelible proof that a given monument existed – explains Bartosz Bilicki, founder and president of the startup SmartVerum, responsible for Mintiq, the first Polish NFT art exchange.

FTX, Kraken and Binance exchanges will help in the project. Cooperation with the latter was possible only after it ceased to operate with rubles.

The safeguarding of art is particularly important in the context of reports that the Russians are forming special units to plunder Ukrainian culture. Museum directors are brutally interrogated and valuable objects disappear from the collection. This was the case at Melitpol, where the Russians stole monuments of Scythian art, mostly gold.

In Mariupol, in turn, paintings by Ukrainian and Russian painters were stolen, leaving the works of Western artists alone. By its actions, Russia violates international law, including the 1954 Hague Convention, which prohibits attacks on cultural heritage sites during military operations.

Ukraine as a world leader in the digital revolution

Mikhail Chobanian spoke with Oleksander Bornyakov, Ukrainian Deputy Minister at the Ministry of Digital Transformation and the government’s de facto spokesperson on cryptocurrency. During the panel discussion, Bornyakov spoke about the evolution of law in terms of the market for virtual assets during the war and the activity of the cryptocurrency fund for Ukrainian defenders. He noted that Ukraine can be supported in various ways, including investing in Ukrainian cryptocurrency startups and developing a cryptocurrency business in the country once the war is over.

– Thanks to the introduction of a new law in March and the legalization of cryptocurrencies, Ukraine has quickly risen to the top of the rankings for digital asset adoption. Currently, 13% of citizens have cryptocurrencies there, the most in the world. By way of comparison, in Poland only 2.5% of the population have – says Bartosz Bilicki from SmartVerum.

Ukraine has already used cryptocurrencies and blockchain to fund its defense against invading Russia, raising over $135 million in virtual currency as of mid-May. Moreover, thanks to the NFT, the early days of the Russian invasion have been recorded in the “Meta History: Museum of War” collection, which was created to counter “Putin’s disinformation campaign”.

The museum includes media reports, social media entries, government reports and records of Ukrainian parliament meetings. All this documents the course of the war in great detail.

– During this war, the NFT revealed its strength as a charitable fundraiser and a means of securing important works and documents. The role of this technology has also been invaluable during the pandemic, when it has enabled art galleries to sell virtually – Bilicki points out.

– Blockchain has helped raise funds for Ukrainian soldiers, but it can also be used by Russians to circumvent sanctions and kick them out of the SWIFT system. Due to the decentralized nature of this technology, it is difficult to see who is actually buying – warns.